I love Doctor Who. Even people who barely know me can rattle off this sentence:

I can still remember the first time I watched Doctor Who. A friend of mine told me that it was a criminal offence that I hadn’t seen the show and so proceeded to invite me over for a night of Who and Mexican food. That was the night I first met Rose Tyler, the Doctor, and that wonderful blue box, the TARDIS.

Since finally catching up with the rest of the New Whovians, I watched religiously every week. People know not to speak to me when the theme song plays. If they see a police box or a man in some crazy outfit on the TV, they know to leave me alone.
I have opinions on all of the new companions, villains, and Doctors, and have spent a fair share of my time clicking through Tumblr for Doctor Who related goodies. I drink out of a Tenth Doctor mug every morning, have Doctor Who pyjamas and t-shirts, and already know that if I were ever to have the privilege to attend a convention such as SupaNova or Comic-Con, I would cosplay the ravishing River Song.

I have been waiting with bated breath for Series Eight. I was incredibly disappointed with the second half of Series Seven. There was nothing linking the episodes together. Plus, after barely getting the foundations of a relationship between Eleven and Clara, suddenly Clara is jumping into the Docotr’s time line and saving him from the Great Intelligence, scattering herself all along time and space in the process? No! Those two had only just properly met!
And then, when I went back and rewatched all of Series Seven, from “Asylum of the Daleks”, I realised that the only reason we thought that the first half of Series Seven still had some kind of link was because Rory and Amy were still in it. The episodes themselves had very little in common. Which really annoyed me. One of the things I loved most about Doctor Who was its elegant story lines. The way in which all of these tiny details came together in the final episodes into something that was just so…beautiful.

Bad Wolf, Torchwood, Harold Saxon, The DoctorDonna, The Silence, The Question, Trenzalore, Who is River Song? All of these things, once revealed, were made more amazing because there had been tiny little breadcrumbs sewn throughout their respective series. The Bad Wolf series arc was one of my personal favourites because the Ninth Doctor had a young boy clean off the “BAD WOLF” graffiti that he, the boy, had spray painted on the TARDIS.

So what has happened to those elegant story lines? The ones that come together in a beautiful catastrophe that fulfilled our  Whovian fantasies? Because I haven’t seen those story lines since “The Wedding of River Song”. And that was years ago.

The highlight of Series Eight for me was “Deep Breath”. The Doctor was hilarious, running around in his nightshirt; Clara finally found a backbone; Matt Smith was there; Vastra was protective and told Clara she was being shallow; and Jenny. Oh, that painting scene.

But it was all downhill from there.

Nothing made sense! Absolutely nothing. The episodes were so freaking random. From one episode to the other there was nothing. You could watch these episodes out of order and it wouldn’t matter. I loved that Missy appeared at the end of the first few episodes, but where did she go in the middle of Series Eight? And why was there no mention of the Master throughout the series? The writers could have dropped tiny hints, like they used to, and we all would’ve slapped ourselves in the face for not realising who Missy was earlier.

And the whole Danny Pink/Clara relationship? I’m sorry, but did anyone actually buy that? That they loved each other? They went from those disastrous early dates to love? Really? The writers were going to give us that piss poor excuse for a relationship after that all-encompassing love of the Ponds? Or the love between River and Eleven? Honestly, I found that relationship harder to swallow than the crappy story lines.

I read an article not so long ago that slammed Doctor Who for becoming too complicated for the casual viewer. Which is understandable. I mean, imagine coming into “A Good Man Goes To War” without any prior knowledge of that particular series’ storyline. But really? We have to sit through weak-ass story lines that don’t connect, that have no deeper storyline, on the off-chance of catching the eye of new viewers? What about the loyal viewers? The ones who took Nine’s hand in “Rose” and have been running with the Doctor ever since. Or the really, really loyal fans who used to watch in black and white? Why destroy Whovian enjoyment for people who don’t actually watch the show religiously like the fandom does?

Toby Whithouse, the man who brought us that totally creepy episode called “The God Complex”, sums up my feelings on the matter in this awesome quote:

“I don’t think the problem is that Doctor Who has become more complicated, surely it’s the fact that the rest of television has become more simplistic. The themes and plots of (as the fans call it) New Who are no more complex than some classic Who stories. The only difference is, Tom Baker’s Doctor wasn’t jostling in the schedules against Red Or Black.”

Shows with actual substance and story are being pegged as too complicated because shows like Big Brother and Masterchef and X Factor have taken over TV. No wonder people call TV “the idiot box”.
Case and point: I was getting into this show “Star-Crossed” not too long ago and it was cancelled. It was this amazing modern retelling of Romeo and Juliet, only the story was so much more than the original play. And because of that complicated storyline, it was axed. Apparently the general population didn’t have enough general intelligence to keep up.

Does anyone else remember being promised that we would find out why Twelve was Capaldi, even after Capaldi had been in the Whoniverse twice? Because I do. A fellow Whovian friend and I discussed theories at length. We never came up with a why but we did tackle the how. Captain Jack Harkness knew. He knew that Capaldi was the Doctor the entire time and kept his secret. Why the Doctor had to be hidden, we couldn’t figure out, but this theory was our favourite because it meant that that sexy Jack Harkness and all his antics could grace our screens once more.
But nothing has come of it. We got this sentence long allusion to the issue in “Deep Breath” and that was it. If that’s all we get, that the Doctor’s new face is a coincidence, then I’m pretty sure a lot of Whovians will be royally pissed off. Myself, definitely, included.

Not only that, but I heard some wonderful theories about who Missy was. My favourite? That she was a version of Clara from the Doctor’s timeline that went wrong. How much more awesome would that have been? But no, she’s just…the Master? After the Master got trapped in Gallifrey, looking like “the old Prime Minister”? How did s/he regenerate? The Doctor was given more life because Clara begged the Time Lords, but how did the Master manage it?

My honest opinion? That the Master is now a woman because the next Doctor will be a woman, and this Master/Mistress regeneration simply gives way to that possibility. And I will be so pissed off if that happens. I am definitely a feminist, but the Doctor is a man. Plain and simple. Make him ginger (please!) but do not make him a woman.

I have been thoroughly let down by Series Eight and I really, really hope Series Nine is better. Otherwise, I think I’ll stick to the Eccleston/Tennant/Smith years. Capaldi is brilliant as the Doctor. But his brilliance isn’t being fully explored.

One last rant
Seriously, Cybermen? I mean, really? That made me so angry. Especially the whole “3W” thing. Remember how I ranted before about the tiny breadcrumb thing? 3W totally could have been one of them! “What is 3W?” “What is that symbol?” That symbol could have cropped up everywhere, but it never did.

I think the thing that made me the most angry with Series Eight is that there were so many opportunities for wonderful, classic Doctor Who storytelling, but none of these opportunities were taken. And the show definitely suffered for it. 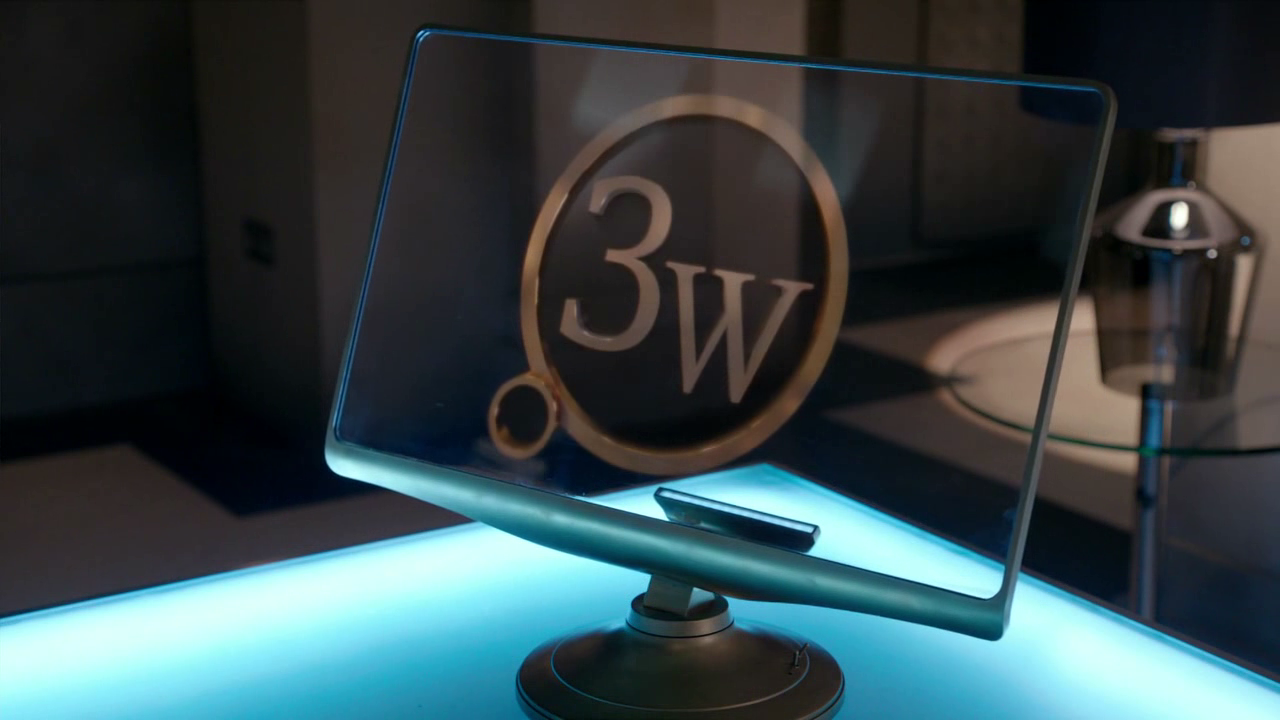 Bec Graham, 24, was born on the wrong continent. Everything from her burns-like-paper skin tone to her inability to cope with the slightest hint of a hot day suggests she should have been born under the gloomy skies and mild sun of the UK. She hopes writing will get her to her rightful home one day. Failing that, she scans the skies for a spinning blue police box, hoping to catch a lift back to the motherland.
View all posts by Bec Graham →
This entry was posted in My Fangirl Life and tagged 3W, Clara Oswald, Cybermen, Danny Pink, Doctor Who, Eleventh Doctor, Jenna Coleman, Matt Smith, Ninth Doctor, Peter Capaldi, Rose Tyler, Steven Moffat, Tenth Doctor, The Master, The Mistress, Twelfth Doctor, Whoniverse, Whovian. Bookmark the permalink.