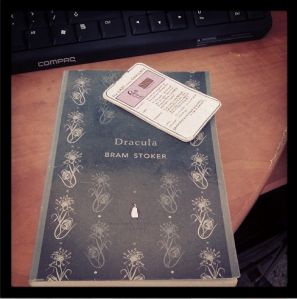 i. The Adventures of Sherlock Holmes – Sir Arthur Conan Doyle

I am exceedingly glad that I did not live in Victorian England. Male superiority, horrible hygiene, corsets, and all-across-the-board prejudice aside, how the hell did anything ever get done? After finally finishing Dracula, I closed the book with the distinct impression that an entire age of English civilisation passed with people talking around issues and giving their companions effusive compliments before doing or saying anything of value. And people think our age of over-the-top political correctness is bad. Just go back and read a story from the 19th century and you’ll be glad for it (well, kind of. I mean seriously, freedom fries? So glad that never took off. Politicians: distracting their constituents from the real issues with fluff arguments since the dawn of time).

But aside from all the “Wow, you’re so good and noble and pretty and holy and I would gladly do anything you ask, [insert character name here]”, Dracula was actually an easy read. I don’t usually go for the classics. It’s a horrible, horrible habit especially for an almost-graduate of a literary degree, but it’s the truth. After having been exposed to the horrors of Jane Austen and Mary Shelley in high school, I always approach the capital ‘L’ Literature with some dread. This dread has lessened considerably since reading the wonderful work of Emily Brontë and Sir Arthur Conan Doyle, but there still lies that innate sense of impending frustration that comes with opening a classic. And, I don’t know if anyone else has noticed this, but the classics always have such a clinical smell to them. I once sprayed my copy of Pride and Prejudice with perfume so the smell wouldn’t hinder my ability to finish the book for class. If you don’t believe me, go find a copy of a book such as, say, Harry Potter give it a whiff and then go open Gulliver’s Travels and do the same. I guarantee you’ll find a difference.

Bram Stoker, however, is another one of those capital ‘L’ authors that gives me the courage to go out and read other classics. Hell, I might even give Jane Eyre a go. Yes, Stoker still has to operate in that Victorian way of speaking where nothing gets done until everyone in the room has been thanked and praised. Opening to a random page….Here we go, page 212 in my copy of Dracula:

“Oh, you so clever woman!” he said. “I long knew that Mr Jonathan was a man of much thankfulness; but see, his wife have all the good things. And will you not so much honour me and so help me as to read it for me? Alas! I know not the shorthand.”

All that praise just so Van Helsing can ask Mina Harker to read some shorthand for him. Bloody hell. But I’m starting to rant, so I’ll move on now. 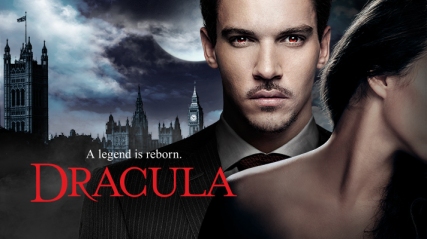 Jonathan Rhys Meyers as Dracula in the 2013 TV show

Reading the original text was almost like a trip through the mental processes of modern fantasy writers. The character of Renfield, obsessed with both his master and the devouring of life, reminded me of the vampire subjugates in Cassandra Clare’s universe. Not only that, but I also caught glimpses of those humans, dhampirs, and Moroi (the ‘good’, mortal vampires) in Richelle Mead’s world that served the Strigoi (the ‘evil’, undead vampires). Then you had all those little touches like the emphasised beauty, the ability to manipulate others, the inhuman strength, and elemental control that filtered down into the way we see vampires today. As for the whole “fear of the crucifix” thing, I love how Clare turned that on its head with Simon in her novels. In Stoker’s Victorian England the predominate religion was Christianity, so of course the Host and the Crucifix would work as a barrier against the “unclean”. What Clare did was use Simon’s Jewish heritage and use the symbols of Judaism in the same way that Stoker used Christianity. Stoker never once said that it was only Christian symbols that would work, just the symbols of faith. And all of our valiant vampire hunters in Dracula were devout Christians. But I wonder why Stoker decided on garlic…

In among the verbosity, moments of intense description and edge-of-your-seat tension just snuck up on you. And I think it was genius. The scene’s going along at the usual Victorian non-pace and then all of a sudden there’s a vampire attack or a death and there’s no room for societal niceties, there’s just plot and tension and maybe a gun shot or two. That kind of attack on the reader is hard to emulate in our modern English. Take the moment that the men see Lucy post-“death”:

With a careless motion, [Lucy] flung to the ground, callous as a devil, the child that up to now she had clutched strenuously to her breast, growling over it as a dog growls over a bone…There was a cold-bloodedness in the act which wrung a groan from Arthur [her former fiancé]; when she advanced to him with outstretched arms and a wanton smile, he fell back and hid his face in his hands.

After pages and pages of exposition, comforting each other round-robin style, and compliment after compliment, you get smacked in the face with some fast-paced action. Beautiful.

Plus, Stoker had a mastery of communicating accents. Scottish, Welsh, Cockney, all of the accents were written so that the reader could hear them as they read. It made a nice change from the brutal verbosity of our upper-class heroes. And it lent an air of authority to the story. Which made  the fact that for a classic novel there was very little male superiority included all the more enjoyable. I mean, there had to be some. For example:

Manlike, they told me to go to bed and sleep; as if a woman can sleep when those she loves are in danger!

And whenever a woman is complimented, it is always in deference to the superiority of the male brain and brawn, but the women are credited for their parts in the vampire hunting. They have important roles, and are seen to do things that the men cannot, like the scene above where Mina Harker is called upon because Van Helsing, a man, cannot read her shorthand. She is seen as being able to do something that her male companion cannot. And then there’s the fact that Mina Harker, at the end of the novel, wields a gun. Throughout all of the novel, she is seen as a delicate flower in need of protecting, but called upon she can fire a weapon like the manliest of men.

To me, Mina Harker reminded me of a princess in medieval times, where the knights would go out and perform heroic tasks in the hope of winning her favour. There is a lot of talk throughout the novel of the men trying to do things for Mina’s soul, her goodness, or just her in general. It was a delightful image to play with, but I wonder if it was intentional.

But there were some inconsistencies throughout the story that didn’t sit right with me. For one thing Dr Seward’s first name changed from John to Jack and back again a few times throughout the story. I don’t know if Jack was a nickname for John back in the day or if Stoker couldn’t figure out which name he liked more so he threw both of them in there. Another thing was the difference between Lucy Westenra’s and Mina Harker’s infection. Lucy needed regular transfusions of blood from her male protectors in order to stay alive, but Mina didn’t. Unless it was because the women were infected differently –  Lucy was routinely bitten by Dracula and Mina was fed some of Dracula’s blood. But you would think, as Mina was slowly becoming a vampire, she would have needed the transfusions as well. And don’t even get me started on the fact that Mina was supposed to be “changing”, becoming less and less like herself in the latter stages of her infection, yet her diary entries still sounded as they had at the very beginning of the novel. Maybe Stoker’s readers were more obsessed with plot than characterisation, but that truly annoyed me. Her diary entries would have helped the men, as well she knew, so what was the point of her being recalcitrant off paper? It made no sense!

Dracula is brilliant, if a little uneven, but I can definitely see why it is such a cult classic. No star rating, seeing as how this novel has inspired so many of my favourite modern books, but I will say that if you have a thing for vampire stories (real ones, not the ones where vampires sparkle like diamonds), then go back to where it all began. Read this book!

Bec Graham, 24, was born on the wrong continent. Everything from her burns-like-paper skin tone to her inability to cope with the slightest hint of a hot day suggests she should have been born under the gloomy skies and mild sun of the UK. She hopes writing will get her to her rightful home one day. Failing that, she scans the skies for a spinning blue police box, hoping to catch a lift back to the motherland.
View all posts by Bec Graham →
This entry was posted in Extorting Bibliophilia, My Fangirl Life and tagged Bram Stoker, Cassandra Clare, classics, crucifixes, Dracula, garlic, gothic, horror, interpretations, Jonathan Harker, Literature, Lucy Westenra, Mina Harker, original, Richelle Mead, vampire, Van Helsing, verbosity, Victorian England, wolves. Bookmark the permalink.